The Best in English 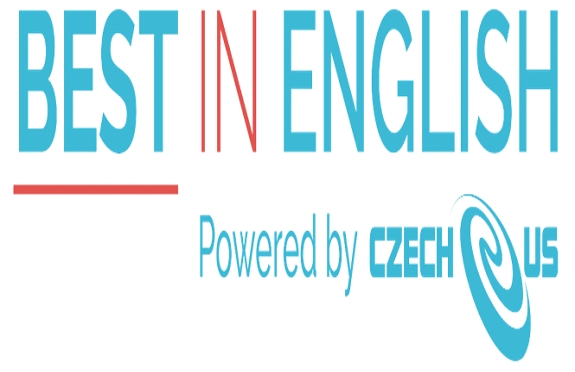 The Best In English contest is a truly European online English language competition, open to all secondary schools within the EU and beyond. The test is designed for high school students aged between 15 and 19.

On 30th November 2018, 30 students of your school took part in “Best in English” language competition. The competition compares thousands of students within the EU in their English. The results of all schools are also compared within the EU.

he competition is computer based. All students started at the same time and they had 60 minutes to do listening, grammar and writing exercises. Everything was smooth, perfectly organized and the student didn´t have to face any technical troubles during solving their difficult tasks. The individual results were known immediately after the student had submitted their tests.  School results will be known in the middle of December and final results shortly after the beginning of 2019.

Here are some immediate reactions and opinions of our students just after their finishing of the test:

It was interesting form me, because I could try how good I can understand English text or an interview. At the beginning I was little bit scared out that I can´t answer anything but at the end it wasn´t so bad and that makes me feel quite good about it.

I would say that this competition is very good at proving our skills in English. The test has a few parts such as multiple choice and true/false sentences and is completed with and audio and two videos. That really attracted me, because it was really interesting, but also entertaining, which surprises me a lot. If it hadn´t had a time limit, I would have watched the videos over and over. The exam was great as a testing thing, but also as a preparation for other future tests. In the end, I enjoyed it a lot.

I really appreciate the different aspects of the Best in English test. It was highly challenging and gave me an insight into my weaknesses and it opened a door for my possible improvements.

Overall, a greatly structured test with parts exploring all kinds of strengths. The part I really enjoyed was listening, where I had actual fun listening to the videos again – having seen them previously in my own spare time. I welcomed the opportunity to test out my knowledge again.

Well, I would say that the test was well prepared, challenging us to fully use the knowledge of English we have and actually most of ourselves too. I really did enjoyed the listening because they were oriented on modern topics and quite humorous. If the competition is held next year again, I plan to joint it again.

My best in English passion
When it comes to the experience of mine (not mentioning the lack of time and low score) the test, as such, was not as difficult as I expected at some point. But what really spoiled wat the fact that in Grammar part several choices were possible and, of course, bad answer half point down.

The test was divided into 3 parts – reading, listening and grammar. It sure was challenging thing to do but since the name of the contest is “Best in English” the lever of difficulty was quite expected. Personally, the part that caused me most of the problems was the grammar part with multiple correct answer. On the other hand, I genuinely enjoyed the listening part with videos taken from British and American talk shows I´ve already seen.

Certainly, there were some things where I wasn´t sure, and vocabulary which I haven´t known before, but all in all I didn´t have big troubles. While choosing possibilities I hesitated a bit, but there was nothing which we haven´t done at school. I could understand all videos and the articles were not too difficult. There was even enough time for the test. Generally, I liked the competition.

I was surprised with the listening part consisting of videos from TV shows that I myself watch as well. It was very pleasing to have reading task regarding nowadays topics, e. g. sharing economy, ocean vs. plastic, etc.

The overall organization of the competition was well managed, also the tasks given, I found very interesting and contemporary, as they were concerning the topics, we, as teenagers, come across every day and videos we watch outside school. The tasks were very complex, testing all our abilities in the area of English language. Best in English is a great opportunity for students to compare themselves with other students and schools from all over Europe. I personally loved taking part in such a global competition.

The test wasn´t that difficult, but I just couldn´t focus. I really enjoyed the videos and the hardest was the part with multiple choices. Overall it was great, but I wish I had gotten better results.

I really liked the interviews. The test wasn´t that difficult. I was surprised I got so little points though.

It was all right. I had some problems with grammar issues and so on. The listening exercise seem quite easy. The texts were endless! Some questions seem tricky – in a logical way.

It was really fun for me to be a part of this competition. There were some questions that seemed really difficult especially the multiple corrects answers ones which were focused on grammar, but at the same time some questions were pretty easy to answer. The system worked without a problem and what I liked most were the videos that were a part of the listening. Overall I enjoyed taking part in this test and I would definitely do it again next year.

The test was easier than I expected it to be. The most difficult part was the one with multiple choices and multiple correct answers and the video with two actors. 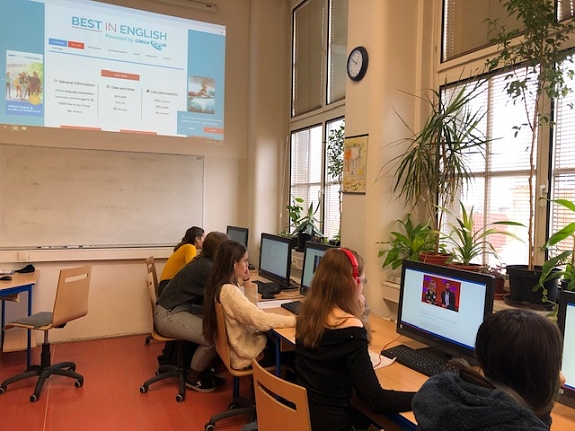 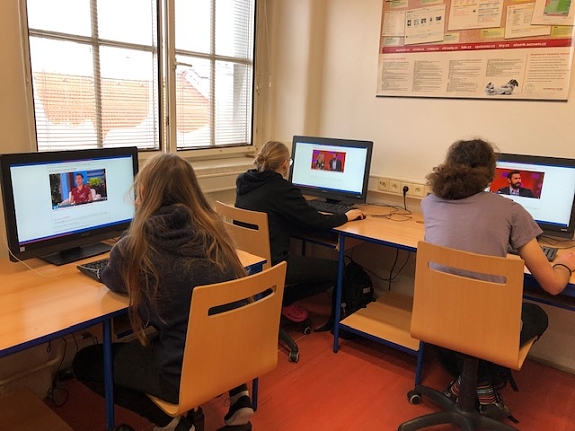