Our Trip to Vienna

We would like to tell you something about our wonderful trip to Vienna.

The first day in Vienna

The first day started very early. We were supposed to meet at 6:30 a.m. in the train station hall. Of course, a lot of us were late, but doesn't matter - let's start our journey!
Our train from Pilsen to Prague was about to come at 7:01. Everyone was pretty tired so there was no single word in the train. All of us were sleeping.

In Prague we had just few minutes to change the link to Vienna. We travelled by Regio-Jet and I would say all of us enjoyed the journey. Most of us were watching TV, listening to music or just having fun together.

When we arrived to Vienna it was about 2 p. m. We couldn't believe that we actually were in Austria. At first it seemed to be almost the same place. We came to our accommodation, which was a hostel called aohostels.com. It was quite near the train station and also the historical centre. We let our luggage there and went to visit the first Vienna's sight. We took the tram number 1 so that we could get to the Hundertwasserhaus.

The well-known house is one of the most famous works of the architect, painter and sculptor Friedensreich Hunderwasser. Its roof is covered by grass and there are trees growing from inside the rooms. The house itself looks very crazy and colourful. It's also built from recycled materials so one would say it's an eco-friendly building. Despite it's being a very popular attraction for the tourists, the 53 apartments are still inhabited. Even though I knew what the house was supposed to look like I was very enthusiastic about it. 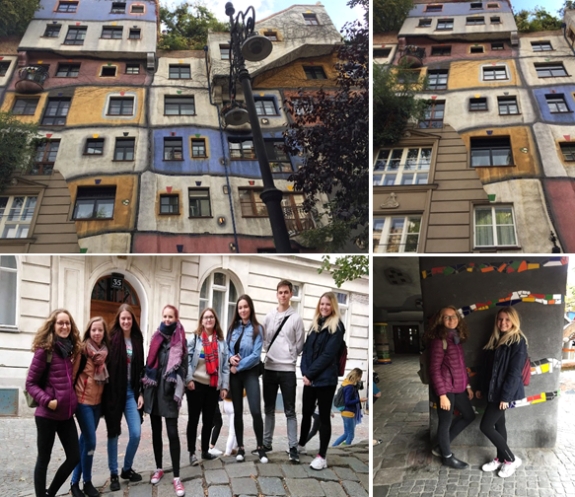 Then we arrived back for a dinner. All of us came very hungry to the canteen because we hadn't eaten the whole day. The dinner was quite good. There was not only the main course but also lots of vegetables, fruits, bread and so on. After a short rest we decided to visit the Prater amusement park. Our dreamy attraction was, of course, the Ferris wheel. It would be a shame if we hadn't experienced that. We had an amazing view of the night city. We could see all the sights such as Charles Church, Hofburg and many others in different ways. That was pretty cool. We also visited many other attractions as bumper cars, big dipper etc. We had a lot of fun till the end of the day.
Then we went to bed right after we arrived because we were so looked forward to the following day. 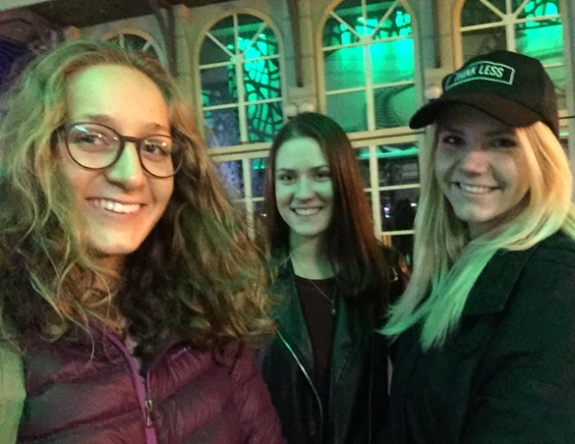 The second day in Vienna

In my opinion, the second day was the most interesting one. After an early getting up and breakfast we went to the subway. By link U1 we got to the Schönbrunn - our first stop. The Schönbrunn is a magnificent baroque chateau with beautiful gardens and interior and it is also the imperial summer residence. First of all, we had a tour of the interior with an audio guide, which gave me a lot of information about the history of the castle and the Habsburg family. After the tour we visited the garden. There was the opportunity to go to the Gloriette building. The way to the Gloriette was uphill. Yet I went there and it was really worth it. The view was amazing. 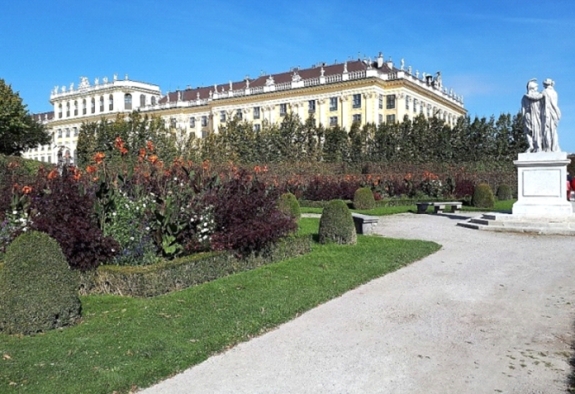 Then we moved to another monument the Charles Church (Karlskirche) on Charles Square again a baroque building. After a short admiring we went back to the subway to get to the center of Vienna to the Hofburg, which used to be the imperial palace of the Habsburg dynasty rulers. Today serves as the official residence and workplace of the President of Austria. The Hofburg involves various residences, the imperial chapel (Hofkapelle), the imperial library (Hofbibliothek), the treasury (Schatzkammer) etc. Again we had a tour with an audio guide. We saw the entire interior with beautifully decorated rooms. Then we visited the Sissi Museum where we were given a lot of detailed information about her life and death. I find her life very interesting and quite sad. She wasn’t happy in her marriage and behind all the beauty there was just sorrow. With the Sissi Museum we finished our tour of the Hofburg.

And we were given a break to visit the typical (Art Nouveau) Viennese cafés. There were so many possibilities starting with the most famous ones, such as Café Central, Café Sacher etc. where you have to wait in the queue until there is a free seat. So we chose a smaller café where we could enjoy typical coffee of Vienna, which was Melange (coffee with milk, in my opinion similar to cappuccino) and Einspanner (coffee with a whipped cream) and, of course, Sacher cake. That was the best way to end up our day. 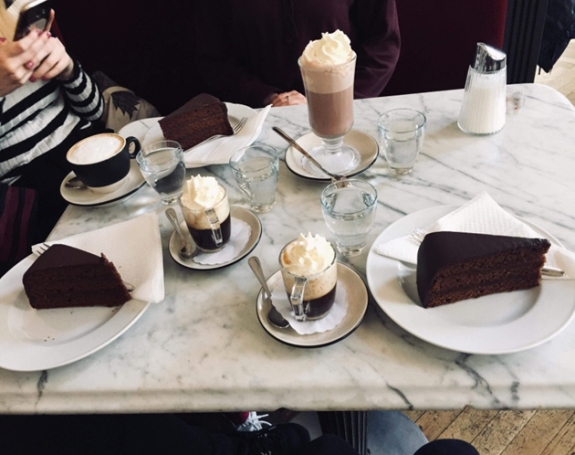